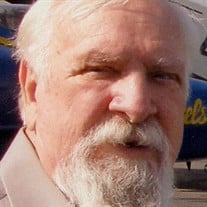 On Monday, January 6, 2020, Eugene (Kazmierkiewicz) Kazmier, loving husband and father, passed away at the age of 82. Gene was born on February 11, 1937 in Manville, NJ to Martin and Stella Kazmar. He served his country honorably in both the US Navy and New Jersey National Guard. On December 2, 1961, he married Shirley Verboczki, also of Manville, and raised a son, Eugene and daughter Lisa. He worked as a truck driver for Hemingway Transport Inc. in Bridgewater, NJ, and Marchello's Trucking Company in Hillsborough, NJ. Gene enjoyed life, was fun loving, and in earlier years, loved riding his motorcycle. He could strike up a friendship with just about anyone, and could always make you laugh. Even during his recent hospital stay, the nurses commented on how he was always cracking jokes and making everyone on the staff laugh. He was one of those people where no one was a stranger and everyone would become his friend. Gene was preceded in death by his parents, three brothers, Steve, Chester, John and three sisters, Irene, Genevieve and Dolores. He was also preceded in death by his beloved Mother-in-law, Mary Kemp and sister-in-law, Joyce Lawson. He is survived by his wife, Shirley, son Eugene Kazmier and wife Gina, his daughter Lisa Kazmier, and his loving family, brother-in-law, Stephen Verboczki, sister-in-law's, Marlene and Robert Soriano, Mary and Steven Klink, and several nieces and nephews. Among the list of friends that his family wishes to thank for their longtime friendships with are: his National Guard Sergeant, John (Sarge) Sudul, who remained his dear friend throughout the years, his good friends, Don, George and Joe Erdek, Derek Nittoli, Russell Zydiak, Tom Simo, Ron Oakley, and the late Joe Pizza, just to name a few. He was well known at Romeo's Barber Shop in town and it was often one of his social meeting places where he spent time talking with local customers and making friends with them all. He was a member of the Jehovah's Witnesses and had many wonderful friends within the faith. Services will be private and his family's wish is that you honor Gene by remembering all the great memories of his humor, his outgoing, friendly personality, wit, and charm. He will be greatly missed by all his friends and family who loved him. Arrangements are under the direction of the Ketusky Funeral Home, 1310 Brooks Blvd., Manville, NJ. A celebration of his life will be planned on a future date. In lieu of flowers donations may be made in his memory to: St Jude Children's Research Hospital, Memorials Processing, 501 St. Jude Place, Memphis, TN 38105-9959 My friend of many years... I love you man! Knew you would be there whenever I dropped in... No schedule, no plan, No reason to explain, Always a welcome... A chance to go back to Manville We became young again whenever we met.. Can’t ever recall a disagreement Never a crossing of swords, How can that be? Now, years later, We are still fine friends, So many years of life to share, Not together, nor ever apart A friend in mind never departs... ~ Don Erdek~

On Monday, January 6, 2020, Eugene (Kazmierkiewicz) Kazmier, loving husband and father, passed away at the age of 82. Gene was born on February 11, 1937 in Manville, NJ to Martin and Stella Kazmar. He served his country honorably in both the... View Obituary & Service Information

The family of Eugene (Kazmierkiewicz) Kazmier created this Life Tributes page to make it easy to share your memories.

Send flowers to the Kazmier family.