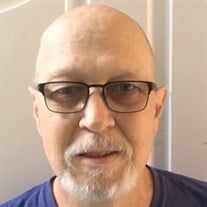 Francis E. Fiduk, Jr., 62, passed away peacefully at home on Saturday, September 29, 2018 with his loving family by his side. He was born in Somerville, NJ the son of the late Theresa and Francis E. Fiduk, Sr.. Mr. Fiduk was a resident of Manville, NJ from 1955 until 2000. He then moved to Hillsborough, NJ where he has been a resident for the past 18 years. Mr. Fiduk was an engineer at Kathabar Dehumidification Systems Inc. in Somerset, NJ for many years. He most recently worked as a master fit coach at Koko FitClub in Hillsborough, NJ. Mr. Fiduk was a loving husband, father, brother, grandfather and uncle. He was a member of the Manville Knights of Columbus St. Jude Council #6573 where he was a 4th Degree Knight and was a past member of the Manville First Aid and Rescue Squad. Mr. Fiduk was very active as a member of a softball league, a golf league and he also enjoyed skiing. He was an avid New York Jets and New York Yankees fan. Mr. Fiduk was an active member of Sacred Heart Roman Catholic Church (Christ the Redeemer Parish) in Manville, NJ and was a member of the Church Choir which was very important to him. He was known as the best pizza fritz maker at the Sacred Heart Summer Festival. Mr. Fiduk lived his life to the fullest and was a very giving person who fought the battle against Cancer for the past 11 years. He will be sadly missed by all who knew him. He is survived by his wife of 39 years Nancy (nee Caswell) Fiduk with whom he joined hands in marriage on September 29, 1979 , his two sons Francis E. Fiduk III and his wife Danielle of Ruckersville, Virginia and Thomas Fiduk and his longtime girlfriend Milagros of Hillsborough, NJ, his daughter Michele Fiduk of Hillsborough, NJ, his sister Charlotte Snow and her husband John of Manville, NJ and his brother Edward Fiduk and his wife Sue of Hillsborough, NJ. He is also survived by his two grandchildren Caleb Fiduk and Hailey Fiduk and by many nieces and nephews. The viewing will be on Wednesday, October 3, 2018 from 5 to 8 PM at the Ketusky Funeral Home, 1310 Brooks Blvd., Manville, NJ. The Funeral will be on Thursday, October 4, 2018 8:00 AM from the Ketusky Funeral Home followed by a 9:00 AM Mass at Sacred Heart Roman Catholic Church in Manville, NJ. Burial will follow at Sacred Heart Cemetery in Hillsborough, NJ.

Francis E. Fiduk, Jr., 62, passed away peacefully at home on Saturday, September 29, 2018 with his loving family by his side. He was born in Somerville, NJ the son of the late Theresa and Francis E. Fiduk, Sr.. Mr. Fiduk was a resident of Manville,... View Obituary & Service Information

The family of Francis E. Fiduk Jr. created this Life Tributes page to make it easy to share your memories.

Send flowers to the Fiduk family.