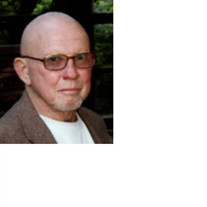 James Chernesky, 68, died Sunday April 27, 2014 at Somerset Medical Center in Somerville, NJ with his loving family by his side. He was born in Somerville, NJ the son of the late Frank and Phyllis Chernesky. He was a lifelong resident of Manville, NJ. Mr. Chernesky served his Country Honorably in the United States Army during the Vietnam War. While serving his Country he received the Vietnam Service Medal with two Bronze Service Stars, the Republic of Vietnam Campaign Ribbon, the Republic of Vietnam Gallantry Cross with Palm Unit Citation Badge, the Republic of Vietnam Civil Actions Honor Medal First Class Unit Citation Badge, the Presidential Unit Citation, the Combat Infantryman Badge and two Expert badges. He was the owner of JD Aluminum in Manville, NJ for 18 years and he then worked for Shamro Construction in Hillsborough, NJ before retiring. Mr. Chernesky was a Life Member of the Thomas J. Kavanaugh V.F.W. Post #2290 in Manville, NJ, the American Legion Post #12 in Somerville, NJ and the Combat Infantry Association. He was also an avid fisherman. Mr. Chernesky was a member of Christ The King Roman Catholic Church in Manville, NJ. He was predeceased by two brothers Robert Chernesky and Joe Chernesky. He is survived by his wife of 43 years Barbara Chernesky of Manville, NJ, his son Jason Chernesky of Philadelphia, PA,, his three daughters Leandra Cain and her husband T.J. of Hillsborough, NJ, Rebecca Walyga and her husband Peter of Manville, NJ, and Sarah Chernesky of California, his brother Frank Chernesky and his wife Beverly of Pennsylvania and his two sisters Gertrude Hewitt of Arizona and Maryann Tomko and her husband Steve of South Carolina. He is also survived by his two cherished grandchildren Zachary and Meghan Cain. The viewing will be on Wednesday April 30, 2014 from 2 to 4 and 6 to 8 PM at the Ketusky Funeral Home, 1310 Brooks Blvd., Manville, NJ. (908)575-8512. The Funeral will be on Thursday May 1, 2014 8:15 AM from the Ketusky Funeral Home followed by a 9:00 AM Mass at Sacred Heart Roman Catholic Church in Manville, NJ. Entombment Services will take place at a later date at Brigadier General William C. Doyle Veterans Memorial Cemetery in Wrightstown, NJ. Donations may be made in his memory to: American Cancer Society, P. O. Box 22718, Oklahoma City, Oklahoma 73123-1718 or at www.cancer.org. For additional information please visit our website at www.ketusky.com.

James Chernesky, 68, died Sunday April 27, 2014 at Somerset Medical Center in Somerville, NJ with his loving family by his side. He was born in Somerville, NJ the son of the late Frank and Phyllis Chernesky. He was a lifelong resident of Manville,... View Obituary & Service Information

The family of James Chernesky created this Life Tributes page to make it easy to share your memories.

Send flowers to the Chernesky family.