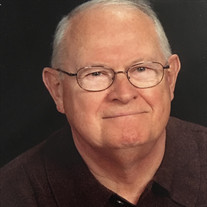 John J. Lapotasky, Jr., 78 passed away January 4, 2016 at Carolina East Medical Center in New Bern, NC with his entire loving family by his side. He was born in Somerville, NJ on September 24, 1937 the son of the late John and Mary Lapotasky. Mr. Lapotasky was a resident of Manville, NJ for most of his life before moving to New Bern, NC in 2002. He served his Country Honorably in the United States Navy from 1955 to 1958 on the USS Iowa as BT Second Class and he also served on the USS Hissem. Mr. Lapotasky dedicated his life to protecting and serving the public for the Manville Police Department for over 25 years, the Somerset County Sheriffs Office for 7 years and most recently in New Bern, NC he worked for Craven Regional Airport serving on both fire service and security until his present employment with US Security Associates. He was a member, Captain and past President of Manville Fire Company #2 where he served for over 25 years and was currently an exempt fireman with that fire department. Mr. Lapotasky was most recently a member of the Tri-Community Volunteer Fire Company in Fairfield Harbour, NC. He was a member of the American Legion, the Elks and the Freemasons. Mr. Lapotasky had a major love of fishing and would do so whenever possible. He also enjoyed fly tying, golfing and bowling. He was predeceased by his son, Jay Lapotasky. He is survived by his beloved wife of 38 years, Barbara Lapotasky (Carroll), his children: Karen and Alan Ash of Flemington, NJ, Tom and Jane Connell of Martinsville, NJ, Sandy Connell and Steve Ellis of New Providence, NJ, Barbie and Damien Bauman of Middlesex, NJ and Michael and Leslie Lapotasky of Bridgewater, NJ and by his sister Barbara Otrimski and her husband Walter of Manville, NJ. He is also survived by 8 grandchildren: CJ and his wife Larissa Matisak, Brandon Matisak, Tom and Tyler Connell, Dylan Bauman, and Haiden and Avery Lapotasky. The viewing will be on Friday January 8, 2016 from 2 to 4 and 7 to 9 PM at the Ketusky Funeral Home, 1310 Brooks Blvd., Manville, NJ. (908)575-8512. The Funeral will be on Saturday January 9, 2016 9:30 AM at the Ketusky Funeral Home. Burial will follow at Sacred Heart Cemetery in Hillsborough, NJ. For additional information please visit our website at www.ketusky.com.

John J. Lapotasky, Jr., 78 passed away January 4, 2016 at Carolina East Medical Center in New Bern, NC with his entire loving family by his side. He was born in Somerville, NJ on September 24, 1937 the son of the late John and Mary Lapotasky.... View Obituary & Service Information

The family of John J. Lapotasky Jr. created this Life Tributes page to make it easy to share your memories.

Send flowers to the Lapotasky family.