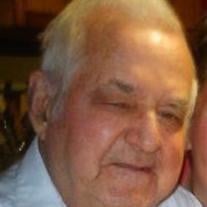 Maurice W. Fidler, 83 died Saturday August 28, 2010 at home with his family by his side. He was born in Ashland, Pennsylvania the son of the late Maurice Sr. and Anna Fidler. He was a resident of Bridgewater, NJ for the past 62 years. Mr. Fidler served his Country faithfully in the United States Army. He worked as a sheet metal fabricator for the Johns-Manville Corporation in Manville, NJ for 48 years before retiring in 1986. He was also a member of the Johns-Manville Quarter Century Club. Mr. Fidler was a member of the Somerville American Legion. He was also a past member of the Bridgewater Senior Citizens Organization. He enjoyed trips to Mt. Airy Lodge in the Poconos, the Sands Casino in Bethleham, Pa. and Racino in Saratoga, NY. He also enjoyed playing the scratch off lottery. Mr. Fidler enjoyed traveling over the years with some of his favorite trips being to Hawaii and Ireland. He was an avid gardener. He believed in having a sense of humor and enjoyed sharing laughter and stories with his family and friends.He also enjoyed the meetings of the minds. Mr. Fidler was a member of Immaculate Conception Church in Somerville, NJ. He also served as an usher at the Church for many years. He was predeceased by his first wife Rosemary in 1967 and by his second wife Mary in 1986. He was also predeceased by his brothers Joseph and John Fidler. He is survived by his beloved son Maurice J. Fidler of Poestenkill, NY, his loving daughter Rose Brown of Galion, Ohio and three caring step-daughters Patty, Kathy and Annette Czado. He is also survived by many loving nieces and nephews and his dog Mackensie. The viewing will be on Wednesday September 1, 2010 from 6 to 9 PM at the Ketusky Funeral Home, 1310 Brooks Blvd., Manville, NJ. (908)575-8512. The Funeral will be on Thursday September 2, 2010 8:30 AM from the Ketusky Funeral Home followed by a 9:30 AM Mass at The Church of The Immaculate Conception in Somerville, NJ. Burial will follow at Immaculate Conception Cemetery in Somerville, NJ. The Family would like to extend their Thanks to the Staff and Doctors at the Steeplechase Cancer Center in Somerville, NJ and to the Visiting Nurse Association of Somerset Hills for their care and compassion. Donations may be made in his memory to the: American Cancer Society, Memorial Processing Center, P.O. Box 7, East Syracuse, NY 13057-0007. For additional information please visit our website at www.ketusky.com.

Maurice W. Fidler, 83 died Saturday August 28, 2010 at home with his family by his side. He was born in Ashland, Pennsylvania the son of the late Maurice Sr. and Anna Fidler. He was a resident of Bridgewater, NJ for the past 62 years. Mr. Fidler... View Obituary & Service Information

The family of Maurice W. Fidler created this Life Tributes page to make it easy to share your memories.

Send flowers to the Fidler family.