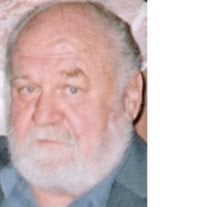 Robert B. Farneski, Sr.,75, died Thursday February 13, 2014 at home with his loving family by his side. He was born in Piscataway, NJ the son of the late Helen Catherine and Benjamin Farneski, Sr.. Mr. Farneski was raised in Manville, NJ and lived there for 65 years. He was a resident of Bridgewater, NJ for the past 10 years. Mr. Farneski served his Country Honorably in the United States Navy from 1955 to 1959. He was a BT3 Rank and was stationed out of Norfolk, Virginia on the U.S.S. Plymouth Rock. While in the Navy he served in both the Mediterranean and Caribbean. Mr. Farneski was an owner of Farneski Plumbing and Heating in Manville, NJ for 21 years. He was also a member of the Local 24 Plumbers and Pipefitters Union. He was a former member of the Manville-Hillsborough Elks and the Knights of Columbus in Manville, NJ. Mr. Farneski was also a member of the U.S.S. Plymouth Rock Association. He was a member of Christ The King Roman Catholic Church in Manville, NJ. He was predeceased by his brothers Richard Farneski and Benjamin Farneski, Jr. and by a sister Mary Vosseller. He is survived by his wife of 53 years Jean Farneski of Bridgewater, NJ, his son Robert Farneski, Jr. of Fairbanks, Alaska, his daughters Anna Farneski and her partner Jennifer Haby of Neshanic Station, NJ and Helen Farneski Seiwell and her husband Patrick of Hillsborough, NJ, and by a sister Arlene Spohrer and her husband George of Toms River, NJ. He is also survived by his two cherished grandchildren Patrick Seiwell, Jr. and Emma Seiwell. The visitation will be on Monday February 17, 2014 from 5 to 8 PM at the Ketusky Funeral Home, 1310 Brooks Blvd., Manville, NJ. (908)575-8512. The Funeral will be on Tuesday February 18, 2014 8:15 AM at the Ketusky Funeral Home with a 9:00 AM service at the Funeral Home. Burial will follow at Sacred Heart Cemetery in Hillsborough, NJ. Donations may be made in his memory to: Robert Wood Johnson Hospice, 972 Shoppes Blvd., North Brunswick, NJ 08902. For additional information please visit our website at www.ketusky.com.

Robert B. Farneski, Sr.,75, died Thursday February 13, 2014 at home with his loving family by his side. He was born in Piscataway, NJ the son of the late Helen Catherine and Benjamin Farneski, Sr.. Mr. Farneski was raised in Manville, NJ and... View Obituary & Service Information

The family of Robert B. Farneski Sr. created this Life Tributes page to make it easy to share your memories.

Send flowers to the Farneski family.