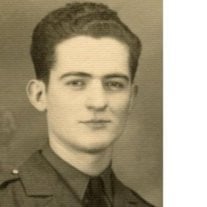 Stanley F. Kowalski, 90, died Monday April 29, 2013 at The Rochester Villa in Rochester, Pennsylvania. He was born in Plains, Pennsylvania the son of the late Walenty and Michelina Kowalski. Mr. Kowalski served his Country Honorably as a Staff Sergeant in the United States Army during World War II and was in the Battle of the Bulge. While in the United States Army he served in Company C 278th Engineer Combat Battalion. He was a resident of Bound Brook, NJ from 1946 to 1970. He then moved to Florida where he was a resident from 1970 to 2008. Most recently he lived in Rochester, Pennsylvania since 2009. Mr. Kowalski was a lab technician at American Cyanamid in Bound Brook, NJ for many years. He then transferred to American Cyanamid in Pensacola, Florida in 1970. While living in Pensacola he was the co-founder of the first Polish American Club in that area. Stanley was very proud of his Polish American Heritage. He was the first member of the Kowalski family born in the United States of America and he was very proud to serve his country and his family. He adored his wife Peggy and was a wonderful Father and role model to his children. Mr. Kowalski loved to fish, play golf and was a history buff. He was an avid reader, enjoyed biographies, history and strategies of battles of World War II and other conflicts. He was the family historian and compiled a family history book for the entire family. Mr. Kowalski was a great storyteller and enjoyed a good laugh. He was a member of the Thomas J. Kavanaugh V.F.W. Post #2290 in Manville, NJ and was a very active member and past Governor of the Moose Lodge in Bound Brook, NJ. He was predeceased by his wife Margaret Mary Kowalski in 2000, they were married 56 years at the time of her death; his Father Walenty Kowalski in 1960, his mother Michalina Ramus Kowalski in 1970, his sister Sophie Swiecicki and two of his brothers Benjamin Kowalski and Thaddeus Kowalski. He is survived by his sons Jerry Kowalski and his wife Diana of Beaver, PA, Jack Kowalski and his wife Esther of Walnut, CA, his daughters Carolynne Behory of Bridgewater, NJ and Mickey Verkon and Russell Verkon of Conroe, TX, his brother John J. Kowalski of Florida and his sisters Stella Collins of Florida and Josephine Davis of Pennsylvania. He is also survived by 9 grandchildren and 9 great-grandchildren. The viewing will be on Sunday May 5, 2013 from 4 to 7 PM at the Ketusky Funeral Home, 1310 Brooks Blvd., Manville, NJ. (908)575-8512. The Funeral will be on Monday May 6, 2013 8:15 AM from the Ketusky Funeral Home followed by a Mass at Sacred Heart Roman Catholic Church in Manville, NJ. Burial will follow at Neshanic Cemetery in Hillsborough, NJ. In lieu of flowers donations may be made in his memory to: Mother Teresa Hospice Center, 3950 Brodhead Road, Monaca, Pennsylvania 15061. For additional information please visit our website at www.ketusky.com.

Stanley F. Kowalski, 90, died Monday April 29, 2013 at The Rochester Villa in Rochester, Pennsylvania. He was born in Plains, Pennsylvania the son of the late Walenty and Michelina Kowalski. Mr. Kowalski served his Country Honorably as a Staff... View Obituary & Service Information

The family of Stanley F. Kowalski created this Life Tributes page to make it easy to share your memories.

Send flowers to the Kowalski family.